Scott House is named after one of the school’s former headmaster’s – Charles Russell Scott (1898-1979).

The House opened its doors in 1962 and was originally intended for the younger boys in the school (11-13).  Girls were later permitted to attend Cranbrook and in 1973 Scott became the first girls’ boarding house.

Scott accommodates 47 girls and is set in its own grounds, a short walk from the school’s main buildings.  The accommodation at Scott is all on one level which helps to integrate the girls.  Year 9 sleep in two large dorms, Years 10 and 11 have double bed/studies, and in the Sixth Form the vast majority of students have single bed-study rooms.  The House has a number of well-equipped communal areas, comprising a large common room, which is primarily where the juniors watch TV.  There is also a junior kitchen which has full cooking facilities and has recently been refurbished.

The motto of Scott is “To provide a homely environment to enable all Scott girls to feel valued and supported in whatever they do”.  To this end there are a number of regular social events which foster friendships and help build House spirit.  These include  the House Halloween Party, trips to the theatre, restaurant outings; House BBQs in the summer (including a leavers party), the Scott Ball in May, the House play in autumn, the annual House Shout singing festival, and the termly inter-House sporting competitions. Phew! 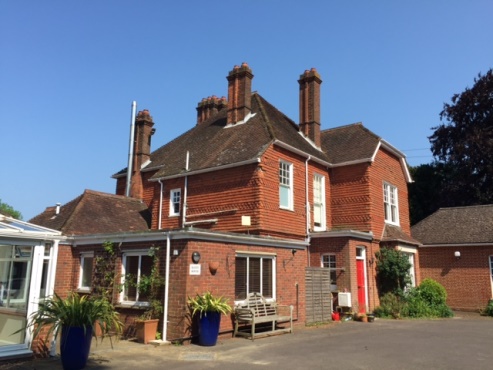 Exciting opportunities to work with us and make a difference at Cranbrook. We are recruiting for two key roles: Registrar (Head of Admissions) and Development Officer (Engagement & Fundraising):
https://t.co/NfZoBZ4SWK

The 2022 Royal Society of Chemistry’s UK Chemistry Olympiad is underway! Best of luck to our Year 12 and Year 13 Chemists.