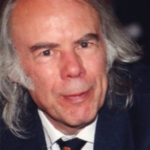 Sir Nicholas Shackleton FRCS (1937-2006), a past Cranbrook student, fundamentally changed the world’s understanding of how Earth processes work. His research on ancient oceans and climates was both innovative and pioneering, and clarified the precise role of carbon dioxide in warming and cooling the Earth’s climate. His work contributed greatly to our present understanding of the mechanism and causes of global warming. When he began his research, the investigation of past climatic changes was an area of ‘academic’ interest only. Four decades later, his lifetime achievements are now central to efforts to predict the future climate we have begun to create and so the discussions at COP26.

Sir Nicholas was made a Fellow of the Royal Society and awarded the geological equivalent of a Nobel prize for his work on climate change. In 2015 he was chosen as one of the Royal Society’s top ten scientists to be depicted on a set of postage stamps to commemorate its 350th anniversary.