The classics department took all of Year 7 for a trip to Lullingstone Roman Villa on Wednesday 3rd and Thursday 4th July 2019 as part of the Festival Week celebrations. Students were able to see remarkably well-preserved remains of the large country villa and explore how British Romans went about their lives.

Remains discovered at the villa include a large hoard of jewellery, brooches and pins, as well as a lead coffin with an intact skeleton!

Students also explored the religious significance of the site; a later addition to the villa – the house-church – contains wall paintings and symbols that are some of the earliest evidence of Christian worship in the British Isles. The trip allowed Year 7 students to put some of their Latin learning into action, by completing some of the on-site activities looking at the use of Latin terms in modern English. It was especially useful to be able to see how the Romans lived in Britain, and they will be able to draw upon this experience in Year 8 when they study the Roman invasion and occupation of Britain. 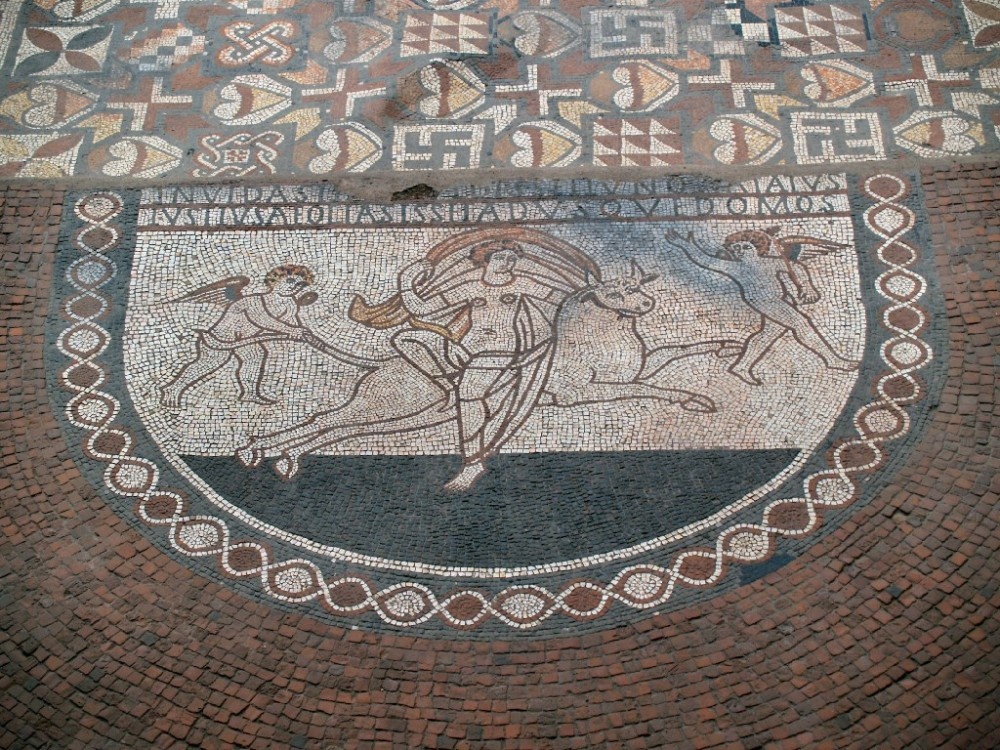