On Tuesday 16th March, the Y7s and Y8s participated in an interactive hour on short films and French, an event organised by the British Film Institute for KS3 students.

The students were encouraged to pay attention to the music, camera actions, colour and other details that make up a short film, and supply their ideas in French in order to anticipate the “denouement,” or final twist.

Both the short films shown had romance as their background idea, but the ending was each time very “surprenant”.

Our students were quick to participate in the chat shared by all the schools involved and the organisers, and I am proud to say we featured a lot in the comments!

Well done Y7s and Y8s for engaging with this quirky way to look at film making and using French at the same time. 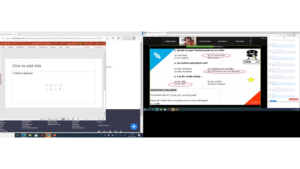