To walk or not to walk? A Cranbrook exclusive on how the public travel to work

With the majority of people driving to work each day and using their cars to travel at the weekends, the pollution and carbon footprint has been rapidly increasing, causing a polluted future for the generations to come.

We decided to conduct a survey for the Cranbrook citizens on whether they walk or drive to work. With most of the public living in Cranbrook, the results were unexpected. 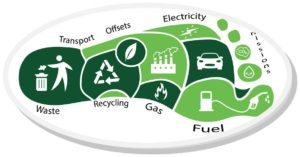 Our world is not as it used to be, with a 3.4% pollution increase per year as of 2000. Cars are an immense contributor to the pollution caused and the effect they are having could be life changing. Air pollution causes 40k early deaths a year. 70% of it is from road traffic. Clean air is very important to our lives, affecting our breathing, sleeping, performance and even our skin.

75% of parents driving their children less than 2 miles to school say that they do this for convenience and to save time. Nearly half of these parents  do not allow their child to walk to school without adult supervision.

Mrs Newman (Cranbrook School librarian and citizen of Cranbrook) expressed her opinion with us. “Although  the world is not as safe as it used to be, people are getting lazy. Students could walk but their parents drive them instead. At secondary school, people need more independence. Cranbrook is not a city zone. People will not be put in much danger walking down a quiet country road.”

Mr Benford also shared his scientific opinion with us stating, “With such a large carbon footprint, petrol and diesel prices are rising and the air we breathe puts our health at risk. However, many people have to drive if they are not within walking distance.”