The Wild West Comes to Cranbrook!

On Wednesday 7th November, Onatti Productions presented a play entirely in Spanish for those students in Years 9, 10 and 11 who are studying the language.

El Viejo Saloon was set in the Wild West and the motley assortment of characters who visited the Saloon were played with gusto by the company’s two actors, ably supported by three Cranbrook students, who were invited to join them on stage. The language and grammar used in the script were pitched at an appropriate level, while the actors’ actions, facial expressions and use of intonation helped even those students who were relative beginners in the language to understand and enjoy the play.

Comments such as “I understood more than I thought I would” and “I recognised some phrases we’ve learnt!” meant that it was a useful and entertaining experience for our Hispanists. 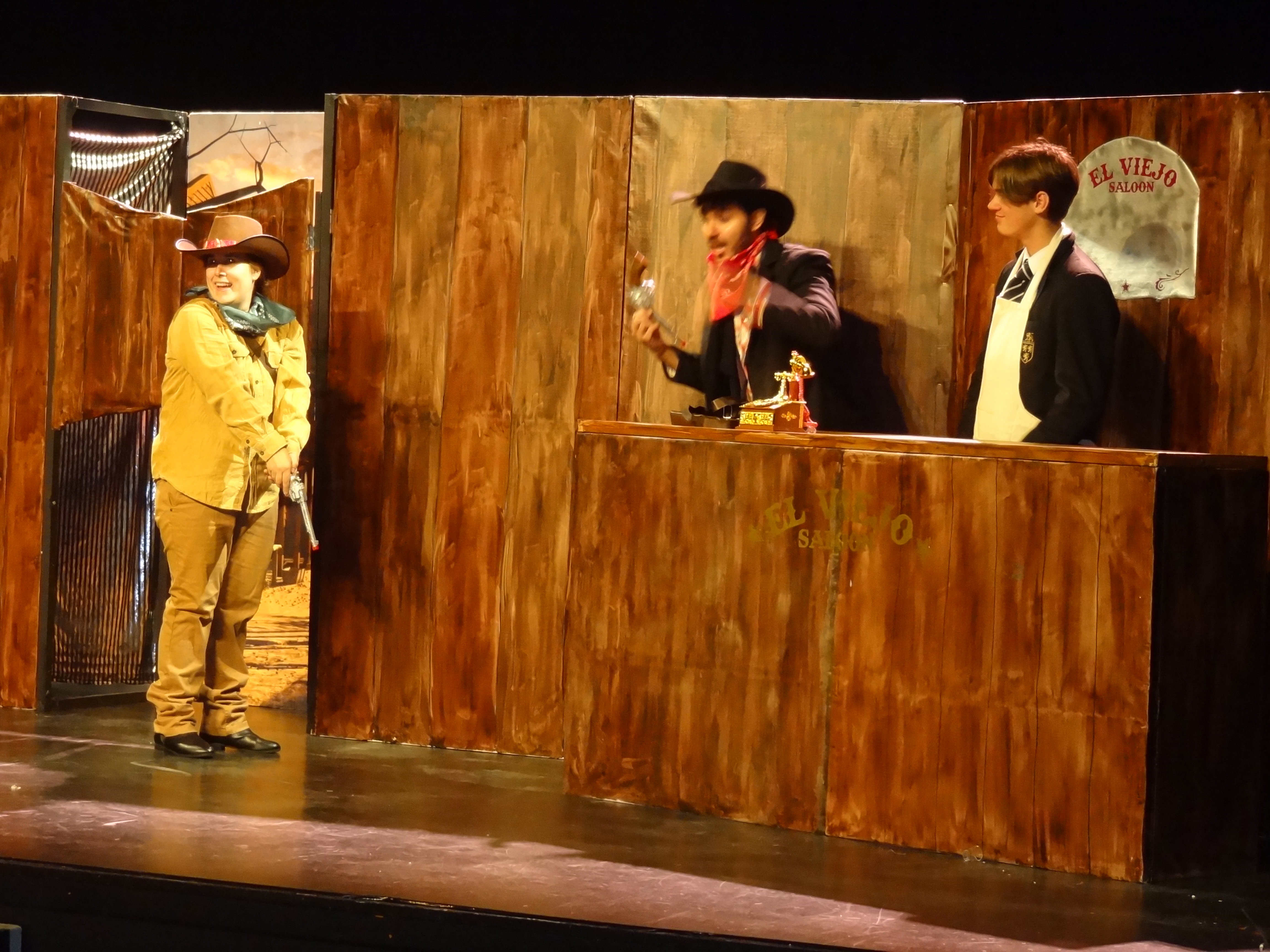