The Past Comes Back To Cranbrook

We interviewed Old Cranbrookians about their time at Cranbrook School

On the 27th of June we interviewed Mrs Newman (the librarian) about her time at Cranbrook School in the 1970s. Mrs Newman came here when girls were only just being introduced. She told us that she joined in sixth form and before that she was taught at TWGGS (Tunbridge Wells Girls Grammar School), which was an hour and a half from where Mrs Newman lived. We asked her what was the most significant change and she replied “One is the uniform. In that time, girls wore a grey pinafore. The boys wore three jackets on top of their uniform, a brown one for normal school days, a black one for formal occasions and a blue one for summer time’. Other drastic changes are the library. Mrs Newman explained that before the library turned into the Cranbrook book lover’s home, it was the school hall which was home to a once a day assembly. This consisted of prayers and hymns. 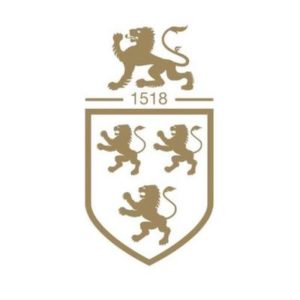 Also the usage of buildings was different, for example the sixth form was in the now English corridor and also that the uses of what we now call the reception of the school (Barham house) was used as a school uniform shop and private music tuitions. Mrs Newman talked fondly of the traditions and hoped that in the future, they would remain the same. She spoke of Saturday school and afternoon tea on a Wednesday. She mentioned that back in the 70s the teachers were a lot more laid back and didn’t care for health and safety as much as they do now.

She states “Yes I think you need a bit of safety but you need a sense of learning from your mistakes and you won’t get so much of that opportunity if you are always restricted from freedom.” She says that her fondest memories were of speech day, which at that time went on for the whole day. First a commemoration service was held and started at 10 o’clock and finished around an hour and a half later a big lunch took place.

On Cornwallis Field there was a tea party where all the Old Cranbrookians were invited. We spoke to some former students about their experiences of the school. At first we spoke to two men who were in Horsley between 1954-1959, (which at the time was the only day house), who said that their fondest memory was that sweets were rationed and that they had to walk into town to go to the bakeries. The said that there was 250 boys overall, 100 day students and there was 3 houses.

We then talked to a man called James Lloyd, who went to the school between 2000-2005, told us that his fondest memory was being in a play where he had to pretend to give birth. He also told us that when he was in Webster no one wore the house tie because it was the colour of “sick”. He also told us that there wasn’t really competitiveness between the houses and there was a lot of joking. Also a main difference change was that football was taught as a sport at the time.

After that we spoke to a lady who was in Allan between 1980-1985. She said that her fondest memory was making lots of good friends who live locally. Though she said she regretted not doing any trips or extracurricular activities. She also said that she was a massive fan of sport and that there were lots of sport activities.

We then looked at school photos from the 1970s. We all agreed that in the past, especially sixth form, looked a lot scruffier. This led us to conclude that overall students enjoyed their time here, even if it was a long time ago or very recently.

Astonishing performance of first movement of Tchaikovsky’s violin concerto by Chloe W last night, accompanied superbly by Ryan L. Standing ovation in the PAC! We were privileged to be there.