James Lee had the opportunity to ride with the Adidas Global Snowboarding Team last week (November 2018) at the Addidas Snowboarding ‘Das Tables’ competition.

The Adidas Global Snowboarding Team Riders, Tommy Gesme, Louif Paradis, Derrek Lever, Craig Cameron and Ben Bilodeau presented James with some Adidas Snowboarding gear as well as a signed poster and sneak preview edition of their new film ‘Blender’.  James was interviewed on the slopes by an American Camera Crew!

Next month, James heads out to Austria after qualifying for and being accepted on a month long Olympic Pathway snowboarding training programme for top athletes run by British Olympic Snowboarder Kate Foster and Team GB Coach Steve Addicott.

Huge congratulations to James on his victory and good luck on your upcoming programme. 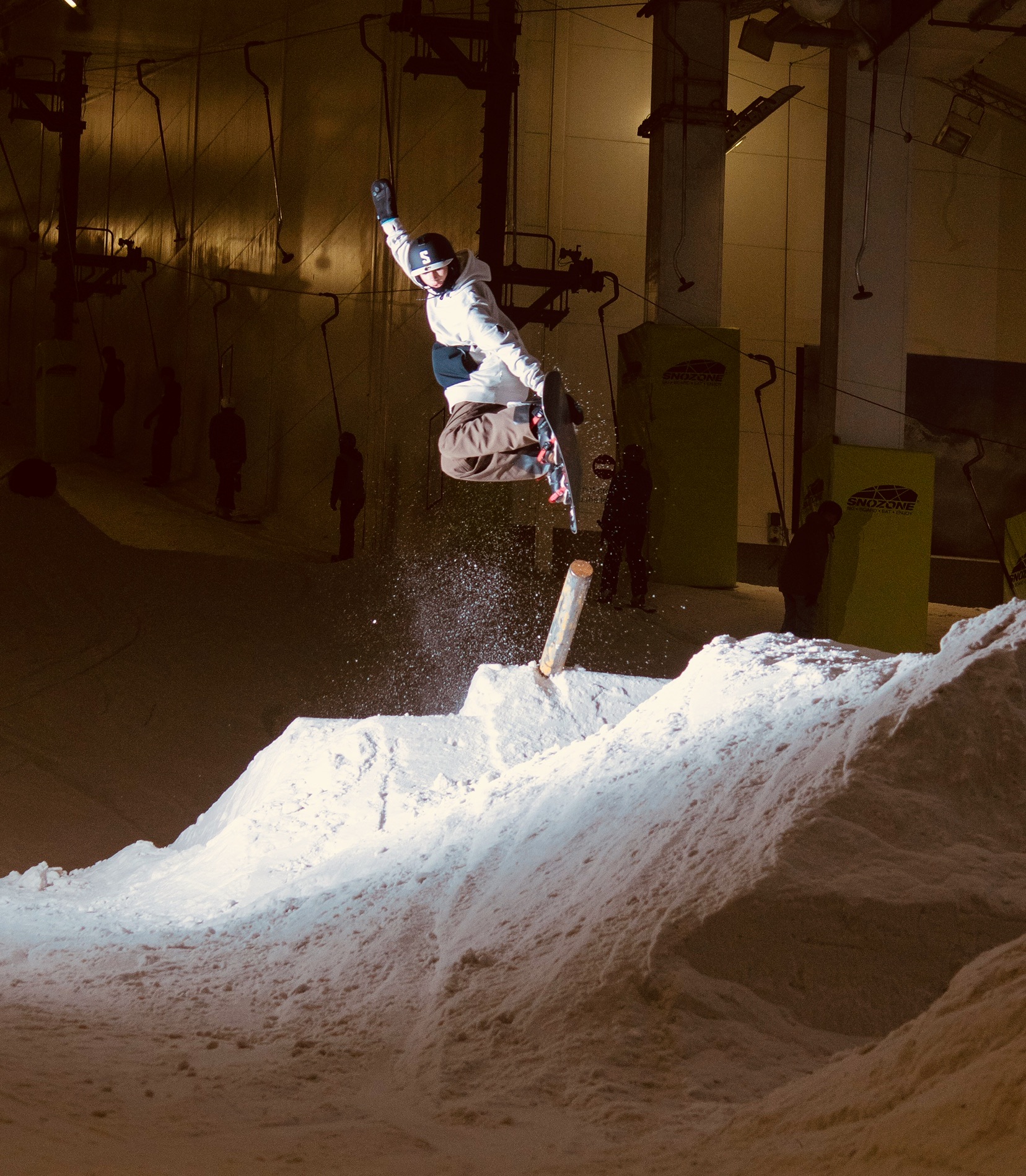