By Scarlett, Evie, Tad and Felix 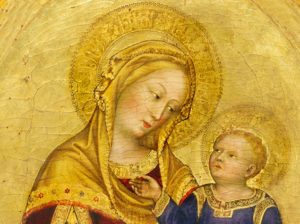 Renaissance art is the painting, sculpture and architecture from around 500 years ago, from a distinct style in Italy in about the 1400.

We interviewed Mr. Kenny, the new Head of Art, on the Year 9 Renaissance art project and this is the feedback we received:

‘When doing this project there are 4 stages, first we researched Renaissance art, then the creator of the art. They then had to find two examples of the artist’s work and created a copy of the work themselves. Lastly, they put together a piece consisting of all the work they had researched as homework. The overall piece of work took 8 weeks to complete and it was all personal choice.

I chose the project for the Year 9s because it seemed fitting for the 500th year of the school and it has an educational influence with Science, Maths and Architecture.’

Then we asked Mr Kenny what he would choose if he did the project, he said:

‘If I had the chance I would do the project on the architecture in Rome at the time, or scientists, as they were only then allowed to cut open human bodies.’

He also told us that ‘it was illegal to cut up bodies before this time as it was thought that it would deform the person in the afterlife for all eternity.’ 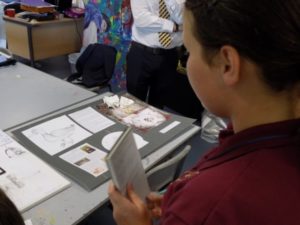 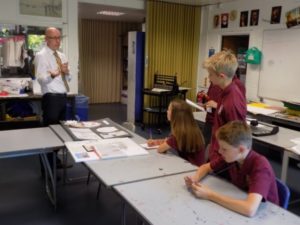