By Scarlet, Evie, Tad and Felix 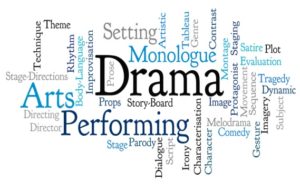 Over a period of two and a half weeks, a group of willing students and the wonderful Mrs Deeble have put together and performed 3 playletts that capture the spirit of old Cranbrook.

To produce the playlets they rented the costumes from Mad Hatters Fancy Dress Shop, they are in the theme of olden time England and some of the actors that we interviewed stated that they were very “comfy.” These two actors also told us a bit about their experience performing the playlets. They said, “We really liked the playlets and they were a good learning experience on Old Cranbrook. We think play 3 was the best because it was the longest and had the best story. But play two is a bit weaker than the others because the story could not be followed as easily but we give credit to the Year 7s for doing it.”

A learning experience is maybe that the next play could be performed inside next time as the sound would be better and the natural elements would not affect their performance.

The actors stated that they had got on well with each other and that the age difference didn’t matter.

All in all, this was a great learning experience for everyone to enjoy.