We asked them questions on how much they enjoy their time and about their role here as gap students in the U.K. They said that there are many differences between England, Australia and New Zealand. For example, they have public or private schools, whereas in the U.K. there are mainly grammar and state schools with the exception of a few private schools.

They decided to come to Cranbrook for a gap year because they had heard about it from their friends and Cranbrook School is linked with their old school.

The gap students also mentioned that schools over here are more academic but less sporty. They said that they think that everyone that can should do the gap year as it is an incredible experience to take part in which prepares you for work. 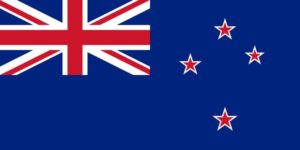 During the summer they are planning to travel across Europe. They say that they really enjoy living in Cranbrook and that they are never bored.

During the day they mainly work in Barham house but they also participate in school matches.

During the weekend they also spend the majority of the day helping out with Saturday sports fixtures.