We interviewed Rod Smith to find out what he does at the observatory and  his favorite parts of astronomy.

We interviewed Rod Smith to find out what he does at Cranbrook School observatory and how everything works. Rod used to be a physics teacher at our school for a number of years and he always had an interest in astronomy.

Our astronomy centre is part of a science program and as we have a large telescope so we have to photograph certain planets, moons and stars for the program. The telescope that the school owns was given to the school (around the time our school became a science specialist school). Its the largest telescope in our collection which also includes a lot of smaller ones that everyone is able to use. 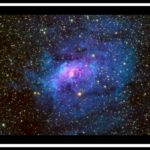 Next we learnt how they take pictures, they process the pictures so will take about 50 images over about 10 seconds. These images are taken with different filters i.e. one with a filter showing oxygen particles or only sulphur. All these pictures are then layered up to create one coloured image. The picture shown above is Rod’s favourite picture, it is of the Bubble Nebula. 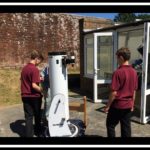 Rod Smith’s favourite thing about astronomy is when he can photograph dim objects that you cant even see through the telescope but the camera is able to pick up. Rod is most fascinated by the planet Jupiter as it has so many moons and how the moons will turn quickly, this is because our moon will take a full 28 days to rotate fully. 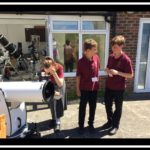 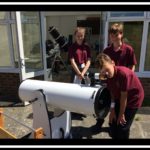 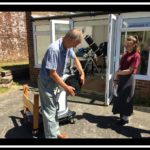