Challenge Wratislavia is held in high regards as one of the best international competitions, and 49 countries were represented with hundreds of children attending over the three day event.

Bright lights and opening ceremonies, yes, but it’s a harsh competition with 25% of the fencers eliminated in the first round and after only five games. Lucia held her nerves wining three out of her five games which enabled her to be advanced into the knockout stage. After navigating Russians, Hungarians and Germans in the rounds, she went out to a good fencer from Romania.

Her final ranking was 65th out of 101 participants, giving her a real taste of the level of European fencing and most importantly being part of a great team and experience to take into future competitions.

This is a fantastic achievement for Lucia, and we wish her all the best in her future fencing career. 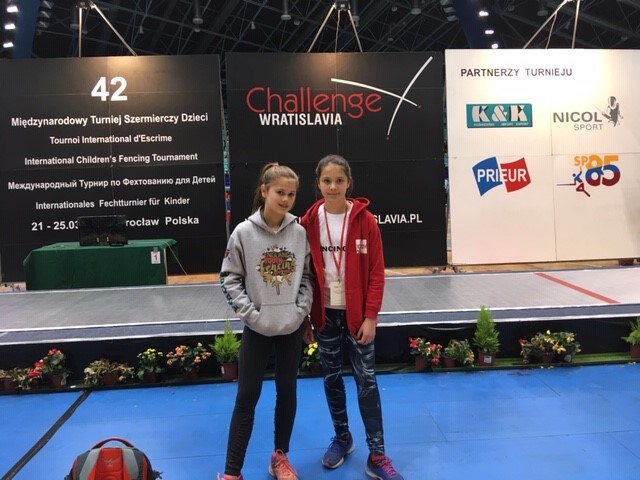