This fantastic video was put together by the Cranbrook School Film Club. The footage and sound track has been edited by a parent journalist from the school. It is absolutely wonderful and a huge testament to the achievements of the junior school members and the sixth form band. We hope that more students will see their hard work and want to get involved in the group!

The video took two weeks to film – the first week the Film Group filmed the performance and the second week they filmed all the extra shots. Camilla Hastings was fantastic finding them spaces to film and corralling the jazz band during the week to make everyone was where they needed to be on time. 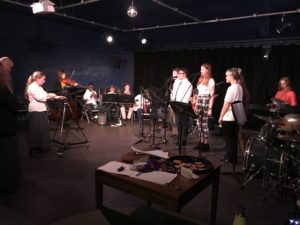 Alex Ford was a huge help during this project and for the next two terms, he helped handle the huge numbers of students and had editing and shooting knowledge to share.

Then each team did their own edit and the musicians recorded a ‘clean’ track in the studio. The group edited for three weeks.

Then Ashely used the original material to put together the video you see now. 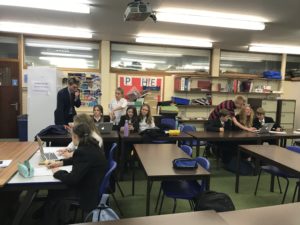 At the point this was filmed none of the students had done any filming and the club was made up of about 20 Year 7s,  4 Year 9s and a couple of Year 10s. The band was a new Jazz band put together by Ben Griers-Nelson.

We hope you agree their work is fantastic and we look forward to seeing more in the future.