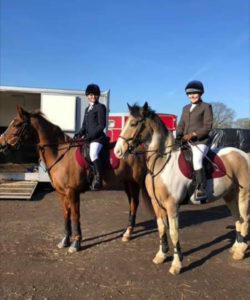 Autumn Term was a little quieter than usual for the team due to a mixture of impending A Levels and GCSEs, sick horses and sick riders!  However, Eva Wright, Millie Seymour and Georgie Estall all managed a few events and still brought home the ribbons for Cranbrook!

Georgie pulled off a 5th in the 1 metre class at the Duckhurst at the beginning of the term on Dylan. She had intended to compete in the 90cm class but unfortunately missed it due to a misunderstanding about timings. Luckily, the organisers allowed her to move her entry to the 1m and all was not lost!

There was a second schools show at Duckhurst later in the term and Eva and Millie were the ones to excel this time.  Eva placed in three classes, impressively winning the 90cm and qualifying for Champs.  Millie placed in both the 80cm and her first ever 90cm class snatching up 3rd in the 80cm and a very respectable 6th in the 90cm.

Millie has also been competing in various dressage competitions and impressively placed 1st with team mates at the Pony Club competition at Eaglesfield.

Congratulations to all the students and their horses for another great term and we look forward to hearing more success stories over the summer. 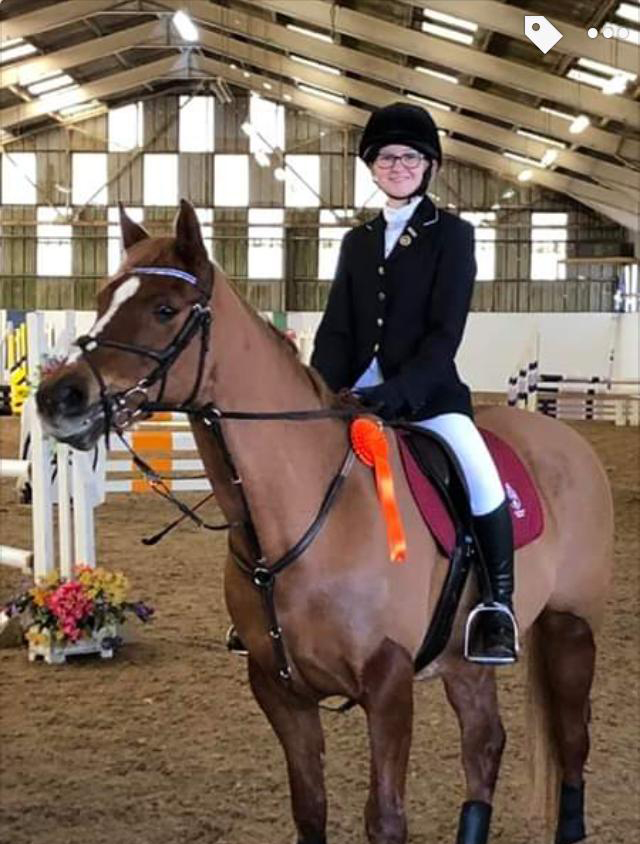