A Cranbrook ‘All Stars’ XI, formed of Year 12 boarding boys who play social football during games on a Wednesday afternoon, faced a tough refugee side who were known to be technically skilled and prolific.

Building upon a special relationship developed with the Refugee Centre and in conjunction with charity, Kent Kindness, this football game has been regularly played over the last few years at Cranbrook School. The refugees, boys aged between 16 to 18, represented the countries of Iraq, Afghanistan and Eritrea. Added to our own multicultural representation with the likes of France, Nigeria and Italy, this really was an international fixture.

The game didn’t start off well for Cranbrook, with mistakes in the back four causing a 3-0 deficit within 10 minutes. After a few tactical changes and a realisation that they needed to adapt their game to the longer grass, the team managed to get two back before half time and heads were high.

The second half was action packed and Cranbrook were losing 5-4 with five minutes to go. The team were in a bad spot and certain defenders were pushing up in attack to try and make something happen. However, in vain as each attack resulted in nothing…until a comedy of ping pong-esque bounces in the Refugee box produced a last minute equaliser from Stanislas, so, taking it to an unnerving penalty finish.

Adebisi volunteered to be the keeper for the penalties and his cat-like reflexes stopped three penalties and the shootout ended 6-5 to Cranbrook. Cue…wild celebrations!

Special mentions to Zeluilo for scoring a hat-trick and to David for sending his Paul Pogba-esque penalty into orbit. Another mention for Mr Johnson for taking the football sessions during games, some top quality (suspect) refereeing and for Mr Swinburne for organising the match.

We look to continue our relationship with the Ashford centre, hosting the boys again in a few weeks for an eagerly anticipated rematch. 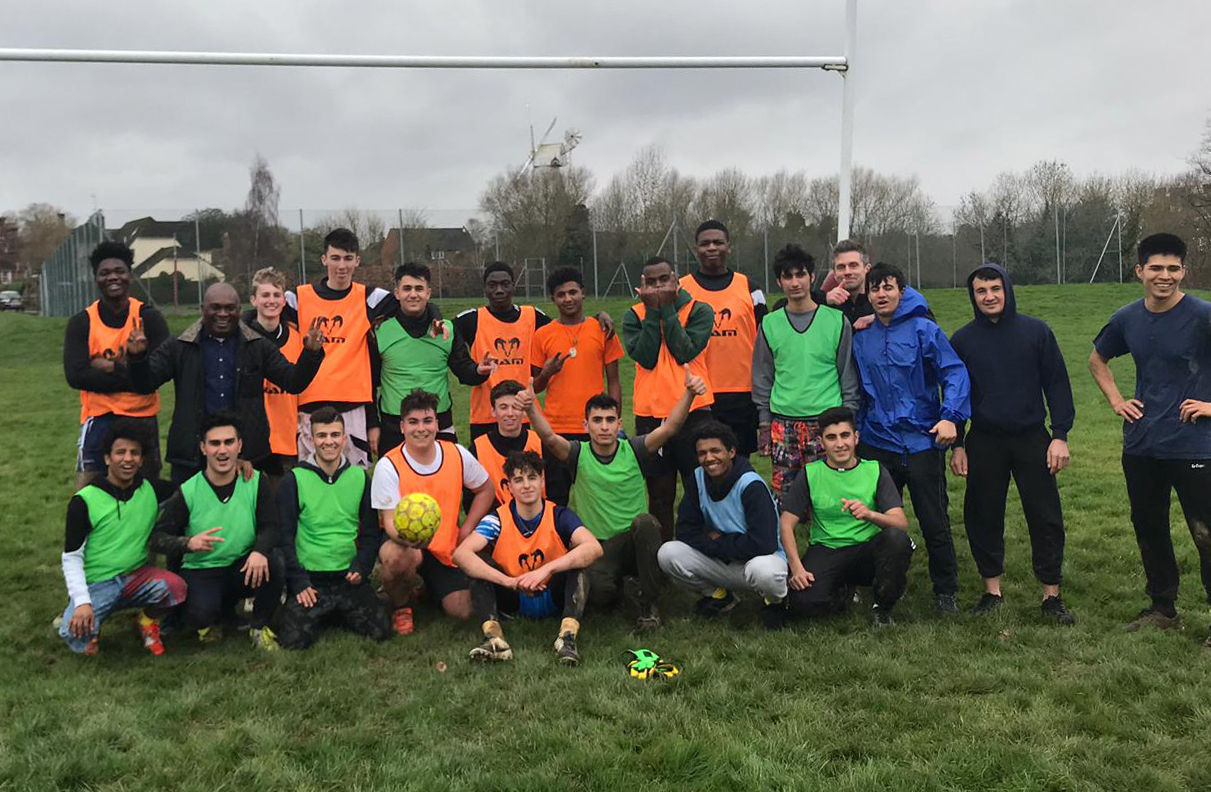