Lots of our team members were out and about during the summer holidays competing in a multitude of events with great success.

Eva Wright and Georgie Estall went to the Pony Club Hickstead show jumping champs where Eva snapped up 6th place and Georgie finished 12th out of over 120 competitors.

Georgie also competed at the British Riding Club Eventing Championships at Swalcliffe in Oxfordshire – a huge event with over 500 competitors travelling from all over the UK and Ireland.  Former Cranbrookian, Hannah Williams was also on the team and they were delighted to place 10th.  Georgie also placed 9th in the team Combined Training Championships (dressage and show jumping) held at Aston le Walls in Northamptonshire.

Millie Seymour has also had a very successful season so far.  She and Yahna Patel entered two hunter trials winning one, and placing 6th in the other.  Millie then went on to ride for the school in a recent NSEA show jumping competition which she won.

Georgie and Millie are off to the National Schools Equestrian Association National Championship Plate being held this weekend at Keysoe in Bedfordshire.  Good luck to both girls! 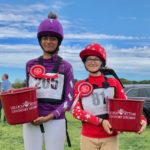 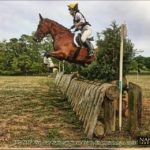 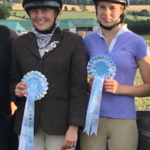 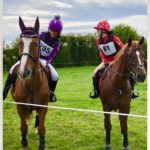