This week’s match began with changes to each side and the introduction of an air of professionalism with linesmen, who patrolled each half looking out for fouls and players being offside. With three additional players who joined the side, one (Gboluwaga) had to unfortunately be ‘loaned’ to the opposition side due to lack of numbers. Seeing that the people on the camp rotate every 6-8 weeks, the refugee side were missing a number of strong players from the previous fixture. All things considered, it made for a tight game.

We began the game with a strong hold of possession and scored a quick goal as a result; however, we did not have enough players defending so the opposition managed to grab one back through a through ball to an unmarked man. The game went on and we generally dominated the first half by stringing accurate crosses and passes inside the box but we lacked an end product. Another goal from each side ended the first half 2-2. With each rotation of Cranbrook players, you could be sure to hear someone shouting ‘knees!’ as we desperately slammed ourselves to the ground to avoid the unwanted punishment of making way for a substitute or going in goal.

The second half began and we were going uphill – which on the grassy meadow like pitch was a clear disadvantage but a re-jig in formation meant that there were now three defenders who stayed back to avoid the defence-splitting through balls. Throughout the half, we encountered the same problem in that we had most possession but we couldn’t finish the chances we had. The refugees used mostly the same tactic in that they tried to expose out defence with their counter attacks but to no avail. No one scored in the second half so we had to extra time of three minutes each half.

Extra time saw one goal for each side: a free kick for Cranbrook, by new signing Marcus Hinge, from long range… and the other being a ricocheted miss-hit from the opposition that bounced off the post which meant that we had to go to penalties. We triumphed 3-1. This was followed by a lap of the pitch from the team while waving their bibs in the air.

Overall, another solid win for Cranbrook. Will we remain unbeaten when we see the opposition again in two weeks’ time? 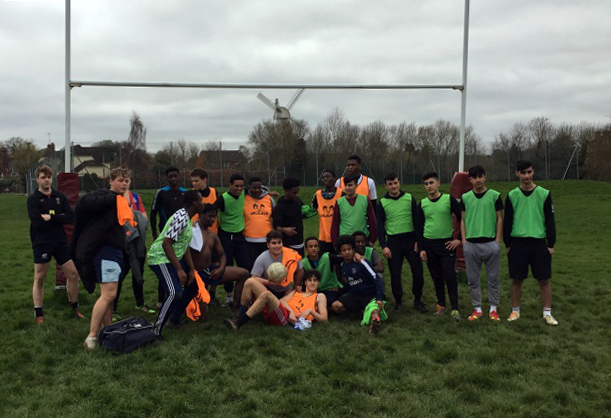