The CCF is designed to promote the qualities of responsibility, resourcefulness, leadership, endurance and a sense of service to the community.

Cranbrook Combined Cadet Force was formed in 1899 as the Volunteer Rifle Corps, affiliated to the 2nd Bn The Buffs in 1901.  In 1908 Cranbrook School became an Officers Training Corps and then a Junior Training Corps in 1938.  It finally became the Combined Cadet Force in 1948 and is still a very popular co-curricular activity for all year groups.

It is believed that the self-confidence and self -discipline required in service life are equally vital to the civil life of the nation today.

The contingent is split into two sections, Army and RAF.

Cadets attend numerous field days throughout the year and can take part in overnight exercises sleeping under bashas and field days where they stay in Army camps and use the Military firing ranges, obstacle courses and various other activities only available to this unique co-curricular activity.

Students have the opportunity to take part in International exchanges to Canada, expeditions to Kenya and other countries.

Every year the Army and RAF Sections attend a Summer Camp where they put to practice all the skills learned over the year and the Senior Cadets get to pass on all their leadership skills to the next generation and compete against other Schools.

Cadets take part in several competitions involving radio, shooting and military skills in which we generally do very well.  The contingent takes part in community events from Remembrance Day and Armed Forces Day to charity collecting and helping with town events.

The skills gained from the CCF can be to help students gain the Duke of Edinburgh award and Cadets can gain a BTEC qualification in Public Services.

The RAF Section takes part in all the above events plus gliding and flying, in which Cadets can gain scholarships. 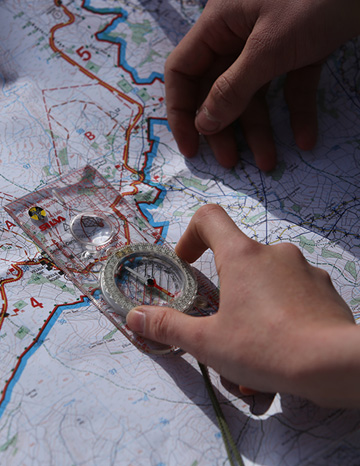 The marquee for tonight’s CSPA ball bathed in the heavenly light it surely deserves! We are looking forward to an exciting evening celebrating our community. Thank you @SchoolCranbrook Committee and all who have helped

Please come along and join us to celebrate the achievements of our GCSE and A-Level pupils at our Art Exhibition on Thursday 30th June 17.30-20:00. Please book at https://t.co/vQNkV6Do2G. 🎨✍️👩‍🎨👨‍🎨