A packed Queens Hall Theatre was treated to an excellent talk by BBC Weather presenter Sarah Keith-Lucas. The former Head of Scott House gave a highly informative talk focussed primarily on her scientific background  and career path at the Met Office and then the BBC. The audience was treated not only to a nostalgic glance back at the school in Sarah’s time at Cranbrook when she was taught Geography by current Assistant Head David Swinburne and the, now sadly deceased, Tim Hartley. Clearly both had a big impression on Sarah as she went on to read the subject at university, specialising in the Meteorology which has formed the basis of her highly successful career. In addition to the scientific insights, Sarah gave a real flavour of life on the other side of the cameras. In particular we go to know of some of the unsociable hours (including 3.00 am starts), the unscripted nature of weather broadcasts and the technology behind the satellite-style weather maps which were introduced by the BBC recently (apparently causing quite a bit of controversy!)

The mixed audience of students (current and former), teachers, parents and other local people also had an opportunity to ask Sarah a whole range of questions. One such revealed that, according to Sarah and the scientific data, Gravesend is  officially the driest place in Britain. All in all then, a fascinating and hugely enjoyable evening – another wonderful example of Old Cranbrookians stepping up to the national stage in their chosen field. 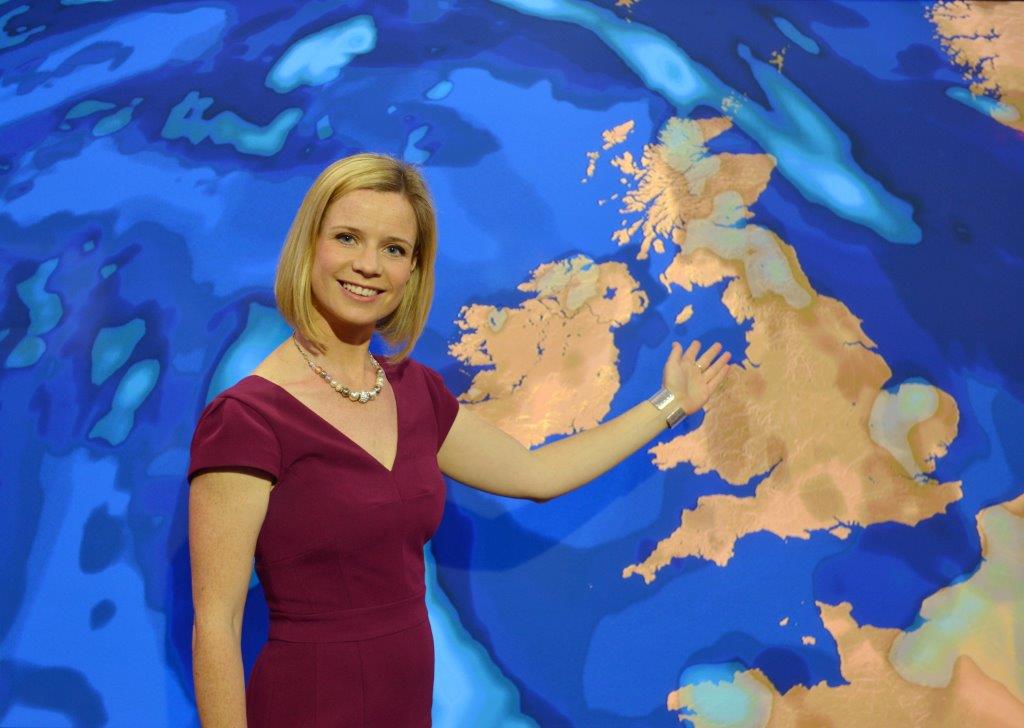